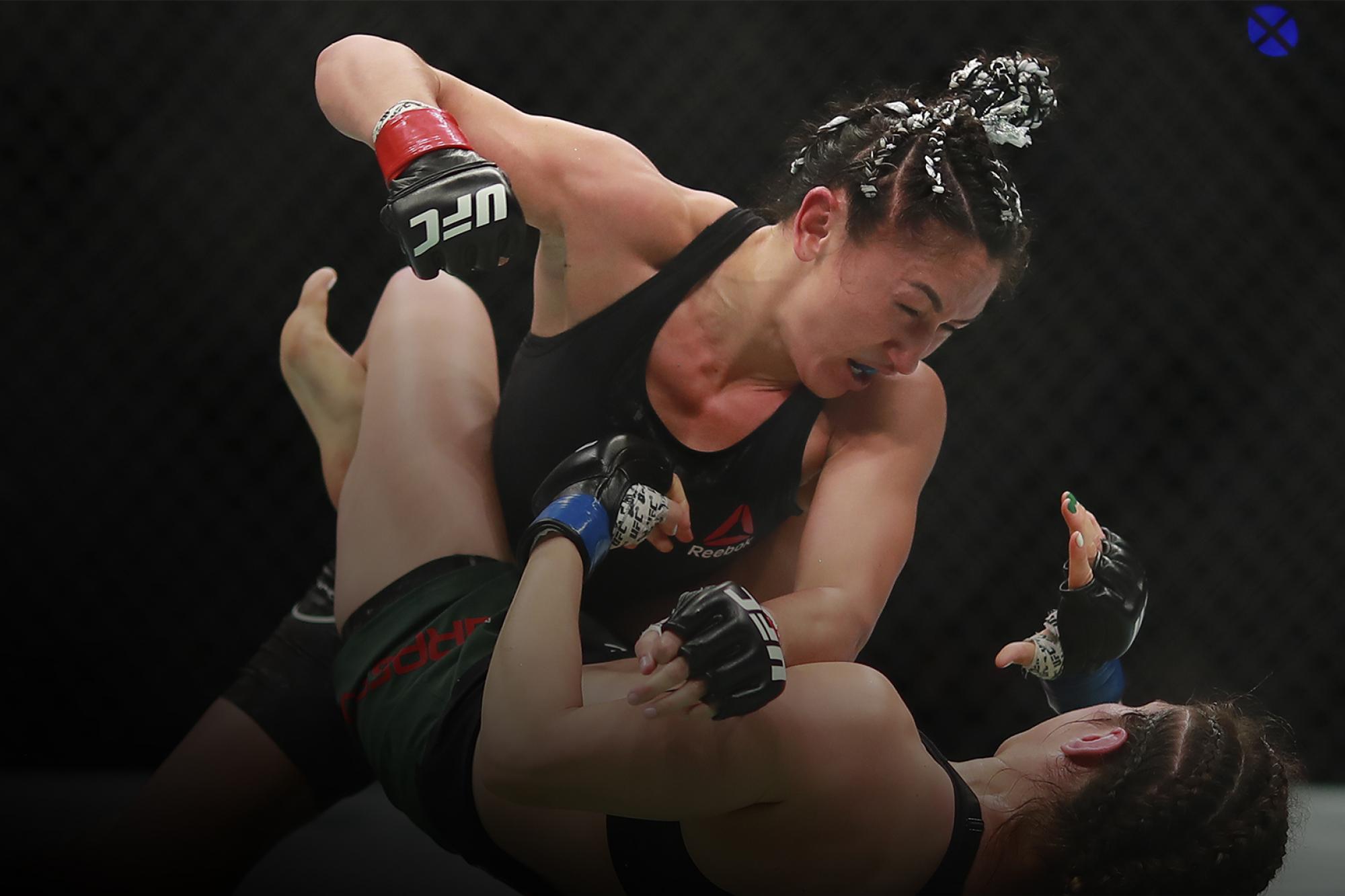 The night seemed tailor-made for Alexa Grasso to make a statement that she was ready to take on the upper-tier of the strawweight division, but former strawweight champion Carla Esparza dug deep to come away from an exciting co-main event with the win by way of majority decision.

Coming off a strong performance against Karolina Kowalkiewicz, Grasso displayed sharp striking early in the first round. Esparza, though, scored a couple of takedowns to likely steal the first round. She found more success grappling in the second ground, but Grasso did damage late once the fight returned to the feet.

The third round saw Grasso rock Esparza once again. The Mexican chased the finish and fended off a pair of takedown attempts from Esparza, but Grasso decided to go for a submission. She secured a nasty looking armbar, but Esparza showed a lot of grit and somehow found her way out of it and into the top position. Grasso stayed busy from the bottom, and once the fight returned to the feet, they slugged it out for the last 30 seconds. The crowd gave an appreciative ovation though it wasn’t happy to see its countrywoman on the losing end of the verdict.

The Scottish king of comeback victories was happy to get his work done in the first round. “BearJew” was as surprised as anyone when Vinicius Moreira pulled guard. Craig fended off Moreira’s active guard, and as the fight moved back to the feet, Craig unleashed a pair of knees that rocked Moreira. Craig rained down strikes and looked close to scoring a TKO finish but, eventually, he took his opponent’s back and wrapped up a rear naked choke to get the win.

Things didn’t look too hot for Steven Peterson in the first round. Martin Bravo mixed up his striking beautifully, but by the end of the first frame, Peterson was returning fire all the same. The second round saw “Ocho” in his rhythm, and as Bravo threw a spinning backfist, Peterson countered with his own spinning offering. What resulted was a Knockout of the Year candidate as Peterson became the seventh fighter to end a fight with a spinning backfist. It was a much-needed win for Peterson, and the extra money surely helps, as well.