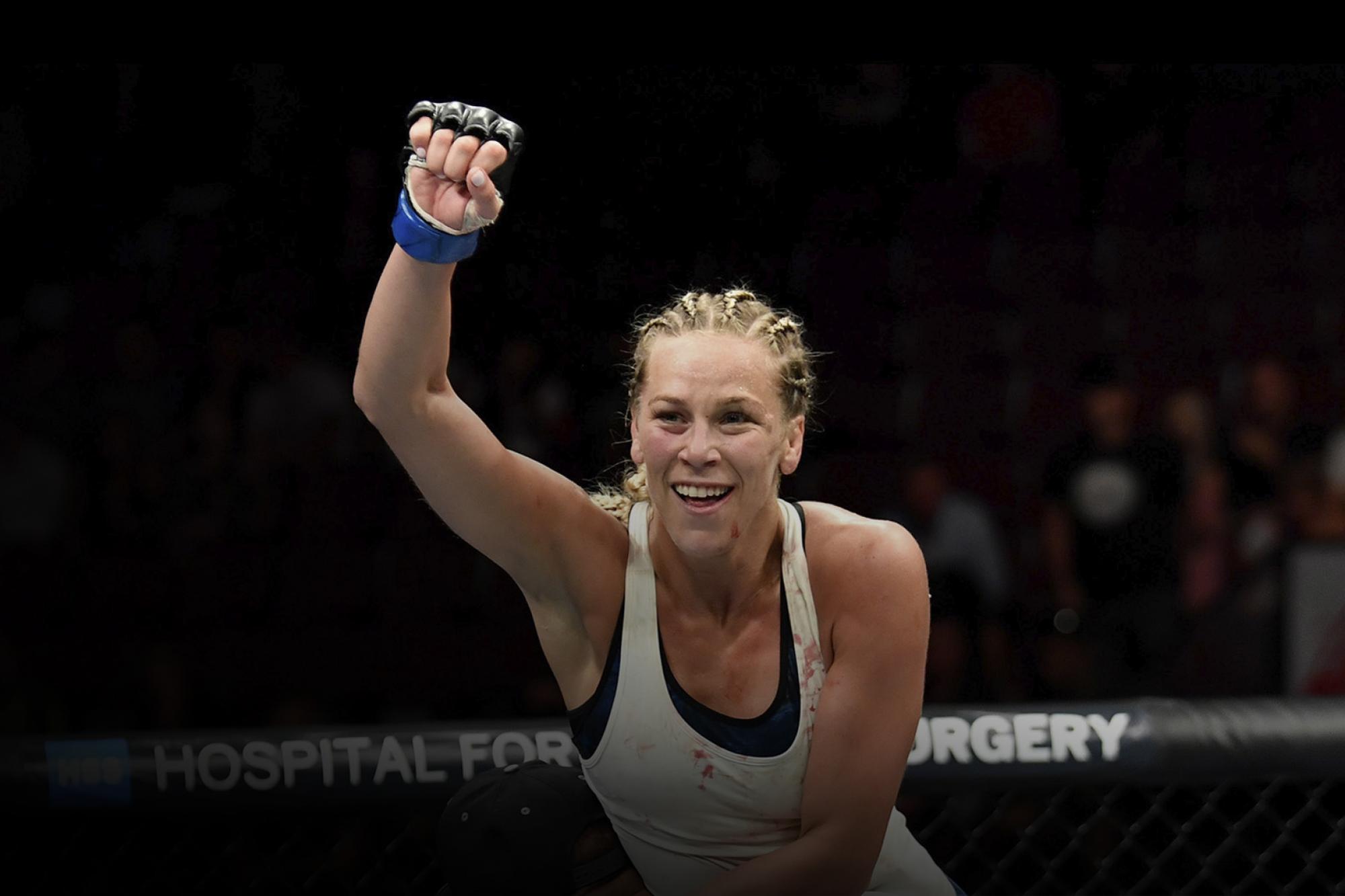 Few times do divergent paths seems so clear, but when Katlyn Chookagian looks at the co-main event at UFC 238, she can’t help but feel the pain of defeat just a little bit more.

Her split decision loss to Jessica Eye at UFC 231 vaulted Eye to a flyweight title shot against Valentina Shevchenko. Chookagian said she tried to watch the first episode of UFC Embedded, but seeing Eye prepare to fight for the belt only put salt in the wound. 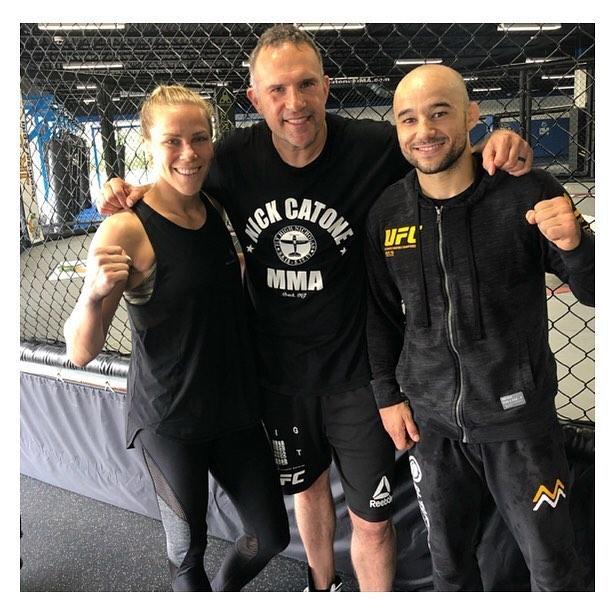 Katlyn Chookagian With Marlon Moraes From Her Instagram @blondefighter

“It sucks to lose,” Chookagian said. “And then especially it being such a close decision where I think that fight could’ve went either way, and I know I didn’t fight to my best ability in that fight, so it really sucks. I just wish it got finished in the first and then been like, ‘Damn, she was so much better than me,’ but I know I could’ve won that fight.”

That said, she finds herself in a rare circumstance after the loss: exactly where she was before. In Chicago, she takes on Joanne Calderwood in yet another fight that could determine who gets to go for the flyweight belt once it’s all said and done at UFC 238, and Chookagian knows enough to appreciate her position.

“I see some of the guys I train with, lose a No. 1 contender spot, and it takes them like a year or two years to build back up to there,” she said. “I’m very fortunate to be in the position that I am where it’s just, ‘Oh, you had a bad night? OK, do it again this night.’” 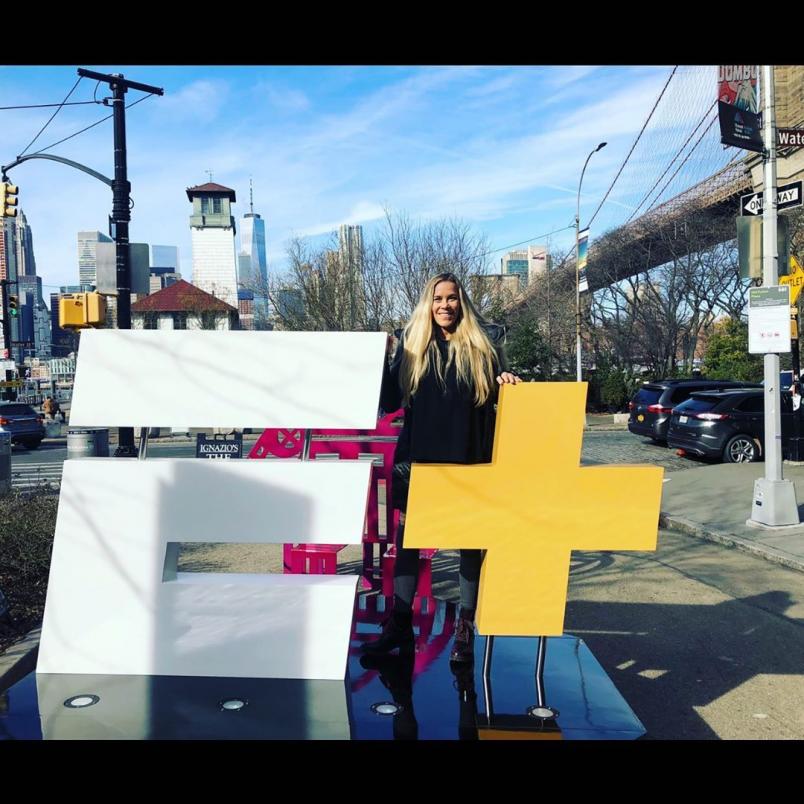 In Calderwood, Chookagian faces a fighter who rejuvenated her career at flyweight. After a couple of consecutive losses, Calderwood moved to Las Vegas, moved up to 125-pounds and rattled off a pair of wins while showing strong improvements in each bout. With that said, Chookagian is quick to say those fights didn’t come against the strongest competition.

"I think that this fight is a real test to see how good she is, if she’s as good as everyone thinks she is or if she’s ready for that title shot or not,” Chookagian said. “Because I know that I am, but if she can get through me, then that’ll really tell how good she is.”

Uniquely, Chookagian feels like this is the first fight she’s had in a while where she is confident that she is better than her opponent in every aspect. Calderwood, a Muay Thai champion, has developed her ground game to the point where it is respectable and even logged her first submission win, but that still doesn’t mean much to Chookagian.

“I think I’m better at her than striking, better at wrestling, she has no wrestling,” Chookagian said. “Her jiu jitsu may have improved, but she had no jiu jitsu. I’m a brown belt, I’m a Renzo Gracie brown belt, so I train with the best jiu jitsu people in the world. Her jiu jitsu is not good compared to what I see every day. This is the first fight where I’m at a size advantage, and I’m better at every aspect, so I’m excited for that matchup that I haven’t had in a while.”

If Chookagian’s confidence yields positive results, she’ll likely get her chance at the belt. Given that she got her second chance at it immediately after losing speaks to her ability and reputation, and she hasn’t lost a bit of confidence as she heads into June 8.

“I just think that I’m better all over,” she said. “So wherever I want to take it, I’m prepared for everything.” 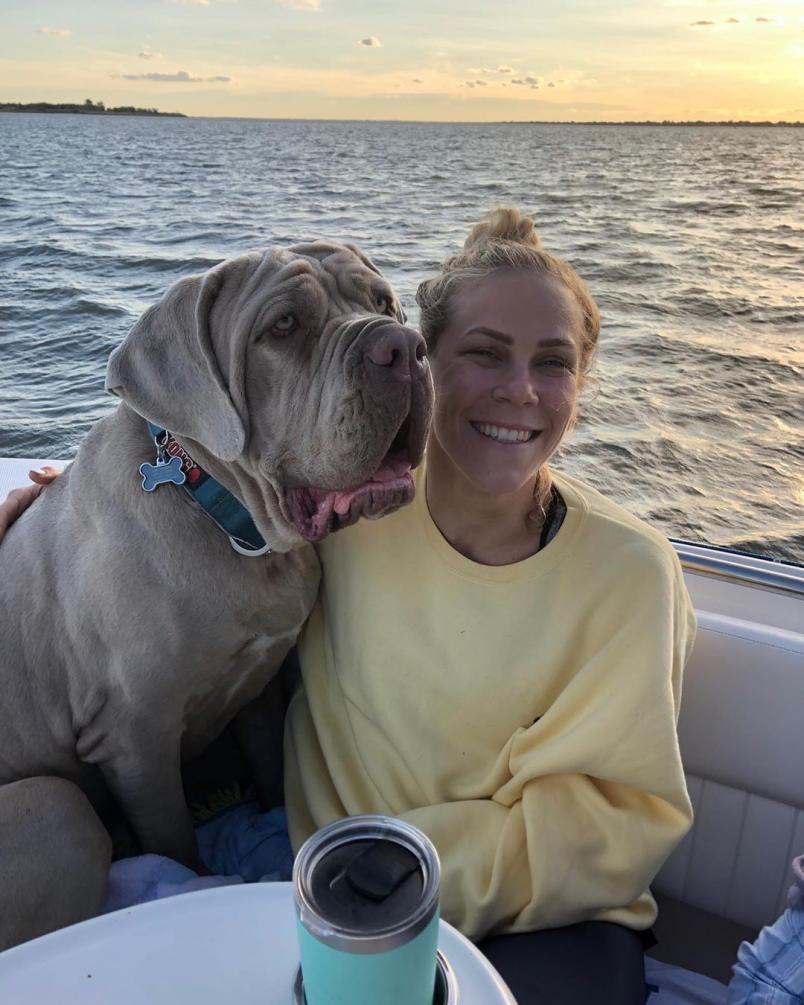 UFC 238 Is This Saturday! Click here to Order All the Action From Chicago