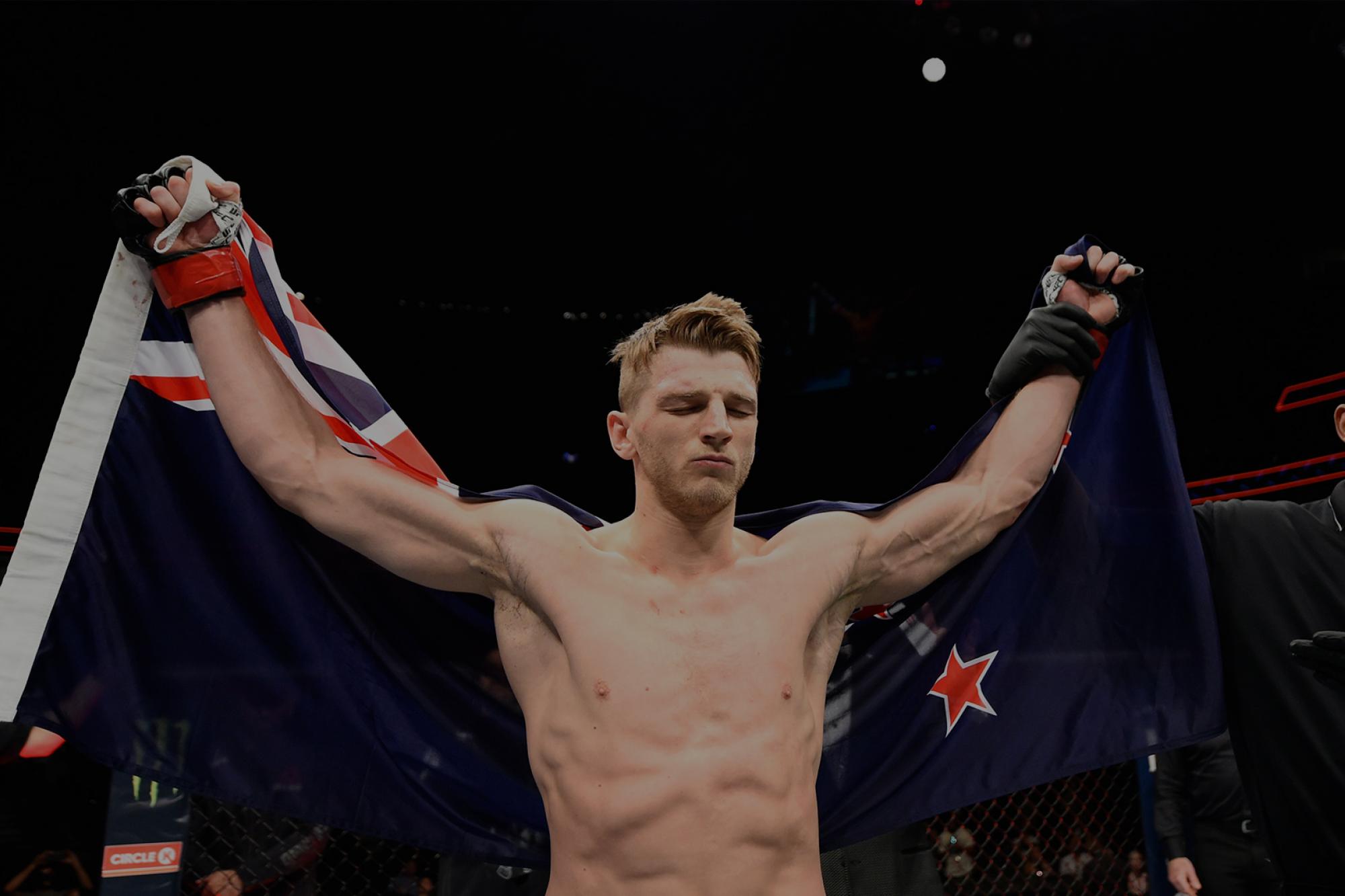 We caught up with Hooker ahead of his fight with Edson Barboza in Milwaukee.
By Zac Pacleb - UFC.com • Dec. 13, 2018

A change in divisions can unlock a fighter’s best or revive their careers as Thiago Santos and Anthony Smith have shown in 2018. For Dan Hooker, a move up to lightweight has been met with a four-fight winning streak since 2017 and a top-15 ranking. After dismantling Gilbert Burns in the first round of their fight at UFC 226, he has a chance to vault himself into the top-5 conversation.

We caught up with Hooker before his fight against Edson Barboza at Fight Night Milwaukee to talk about his opponent, what a win would mean for his career and why it seems like there’s a bevy of Australian and New Zealander fighters coming up this year.

Dan Hooker: Well, it got me to this spot. It got me in the rankings, and generally, guys have to fight in the rankings a bit longer before they get an opponent like this, so to have a top-5 opponent as my first opponent once I’ve been ranked is a big opportunity.

UFC: All of your UFC wins have come by stoppage. What do you have to do against Edson to keep that streak going?

DH: That’s just something I don’t even have to try. That just comes with my style. When I first got in this sport, first started this sport, I was just using it to — my first approach was like a self-defense approach and that’s to get the person out of there as soon as possible. It wasn’t to hold someone down. I actually didn’t know the rules for a very long time. I was probably training for like six years before I realized that there was a scoring system. You could take people down and lay on top of them and win rounds and steal rounds, but that’s just never been my approach to the game, so my whole skillset is around getting guys out of there. That’s not something I really have to focus on or try. It’s whenever you try to finish someone, it never comes.

Social Post
UFC: Where do you see your advantages in this fight?

UFC: Do you think a win on Saturday puts the division on notice? Does it earn you more respect than you’ve been given in the past?

DH: Yeah. That’s top-5. That moves me into the top-5, which is another big step forward. Top-5 is different than the top-15 because the top-5 means you’re in title contention now. You’re only one or two fights away from fighting for the belt, which is obviously, for everyone there, the ultimate accomplishment.

UFC: Some people have referred to 2018 as the Australian/New Zealand takeover. Do you agree? And if so, why?

DH: The Anzac takeover, the boys keep saying that. *laughs* I don’t know. It’s because we’re making a huge impact on the world stage. Guys like Tyson (Pedro) and Tai (Tuivasa) and Mark Hunt, these are guys that — we’re all like a wave, and we came at the same time. Volkanovski, Kai (Kara-France) is now making waves, Israel (Adesanya). So we all exploded, kind of bursted onto the scene at the same time, so I think that’s where the “takeover” thing kind of came from.