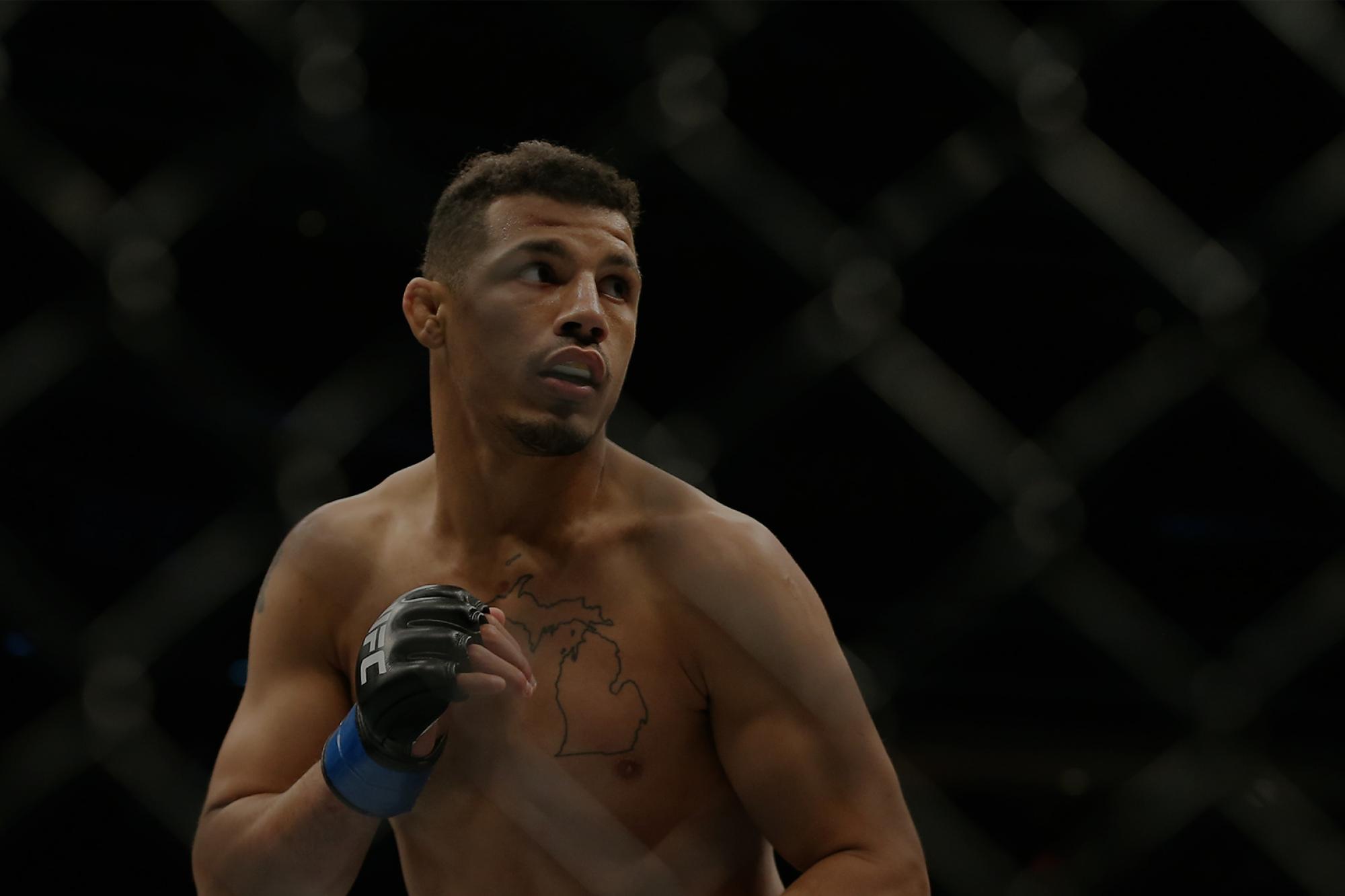 Drakkar Klose wants to cap a big 2018 and vault himself up the lightweight division.
By Thomas Gerbasi • Dec. 11, 2018

Four fights and nearly two years into his UFC career, Drakkar Klose has carved out a solid place for himself in the notoriously tough lightweight division. Some fighters take longer to be able to make such a statement, but the South Haven, Michigan native had his answer the first time he stepped into the Octagon against Devin Powell in January 2017. 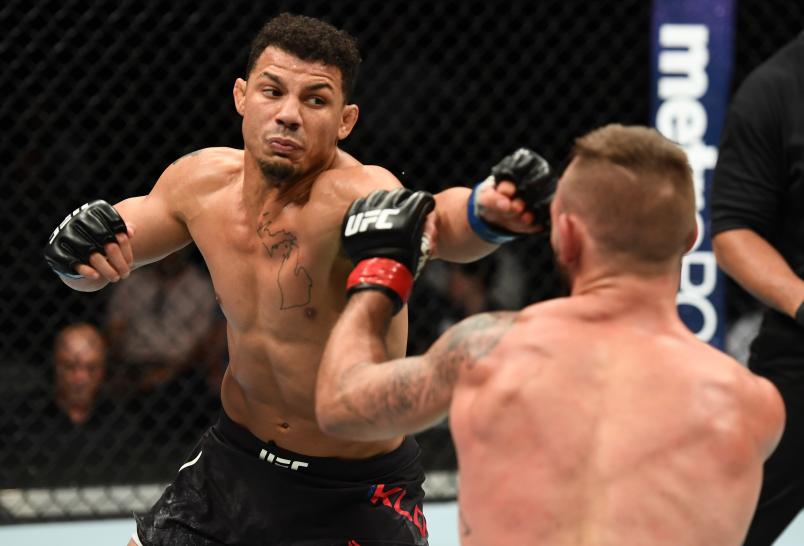 “In my debut, I knew I belonged here,” he said. “As an amateur, I was sparring and training with Benson Henderson. I was giving him all his rounds, so that was just preparing me for my time. I was ready to go out there and do it.”

Klose’s work with the former UFC and WEC lightweight champion earned him the fighting equivalent of a PhD, and he’s not the only one from Arizona’s MMA Lab squad to say such kind words about “Smooth Benson.”

“He just sets the tone,” said Klose. “When he’s in there, you know it’s time to work and you’re got to focus and give a hundred percent. And that’s what I love about him – the energy he puts out and that rubs off on everyone else.”

Henderson can’t fight for his teammates, though. That part is up to them, and Klose has done the job thus far, winning three of his four UFC bouts leading up to a Saturday meeting with Bobby Green that may just take him from prospect to contender at 155 pounds. 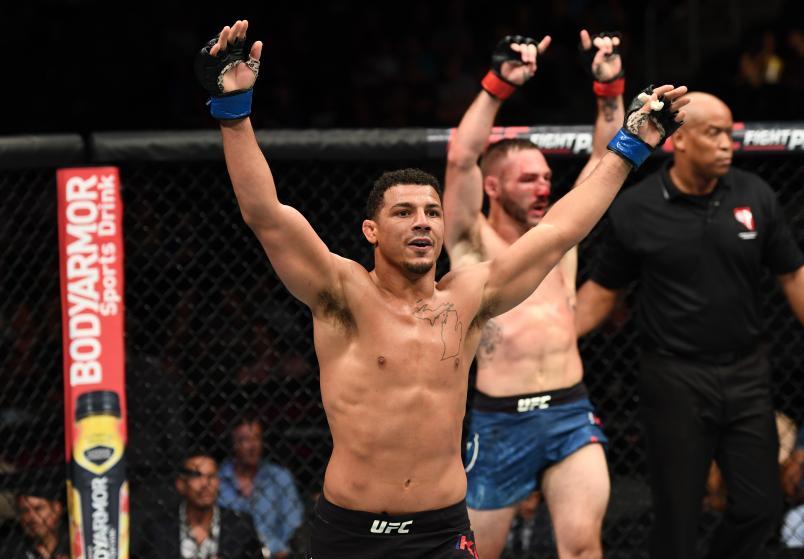 “Bobby has been around the sport for a while and he’s fought some of the best people, so if I go out there and put on a good performance and beat him, I think that will open up eyes and get me a push,” said Klose, who is aiming to cap off a big 2018 that includes the birth of his son and a July win over Lando Vannata by vanquishing the “King.”

It won’t be easy, as Green remains one of the craftiest veterans in the division, but will those outside of the hardcore fan base appreciate a win by Klose, considering that injuries and inconsistency have plagued Green over the last four years?

“I think Bobby still has a big name in the UFC because every time he goes out there he puts on a good fight,” he said. “And he fought some of the best and was almost making a run for the title until he lost and then all the injuries occurred. So I still think it’s a big win.”

Truth be told, in the lightweight division, every win is a big one, and Klose knows it, having earned this upcoming bout with his victories over Powell, Marc Diakiese and Vannata. It puts him in a nice spot after hitting the big 3-0 in March, and the importance of that birthday isn’t lost on him. 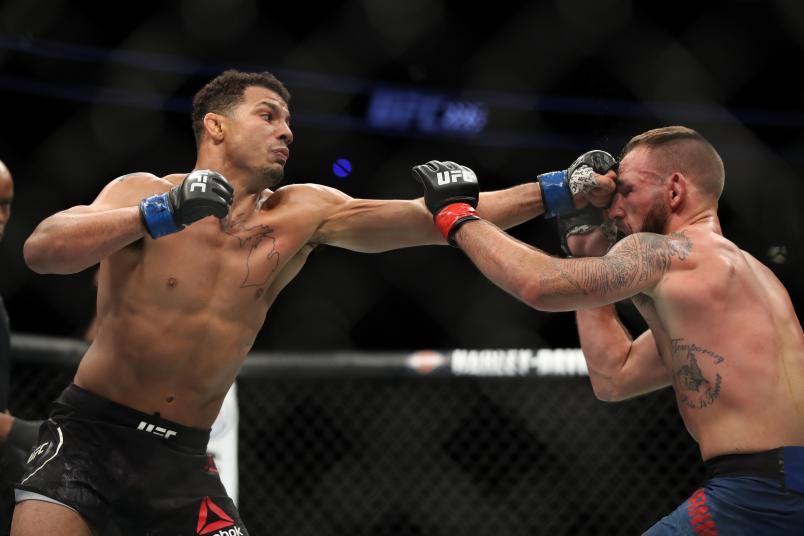 “I feel like I hit a milestone in my life,” Klose said. “When you’re 20, you’re like, I wish I did this. When you’re 25, you say, I wish I did something different. I’m 30 now and I can see the big picture and everything is lining up and falling in place. I can’t wait until I’m 35. As time goes, you get to see things and your knowledge grows. And I’m just getting better each fight, so as long as I’m getting better, I’m happy with myself.”

Well, he may want to stop rushing that 35 thing. Klose laughs and agrees, willing to let his 31st year play itself out first, and he’s got big plans for it.

“Hopefully my name’s in the hunt for a title shot,” he said. “I want to finish the year winning everything and just being a better person – raising my son right and just being thankful for the things that I have.”