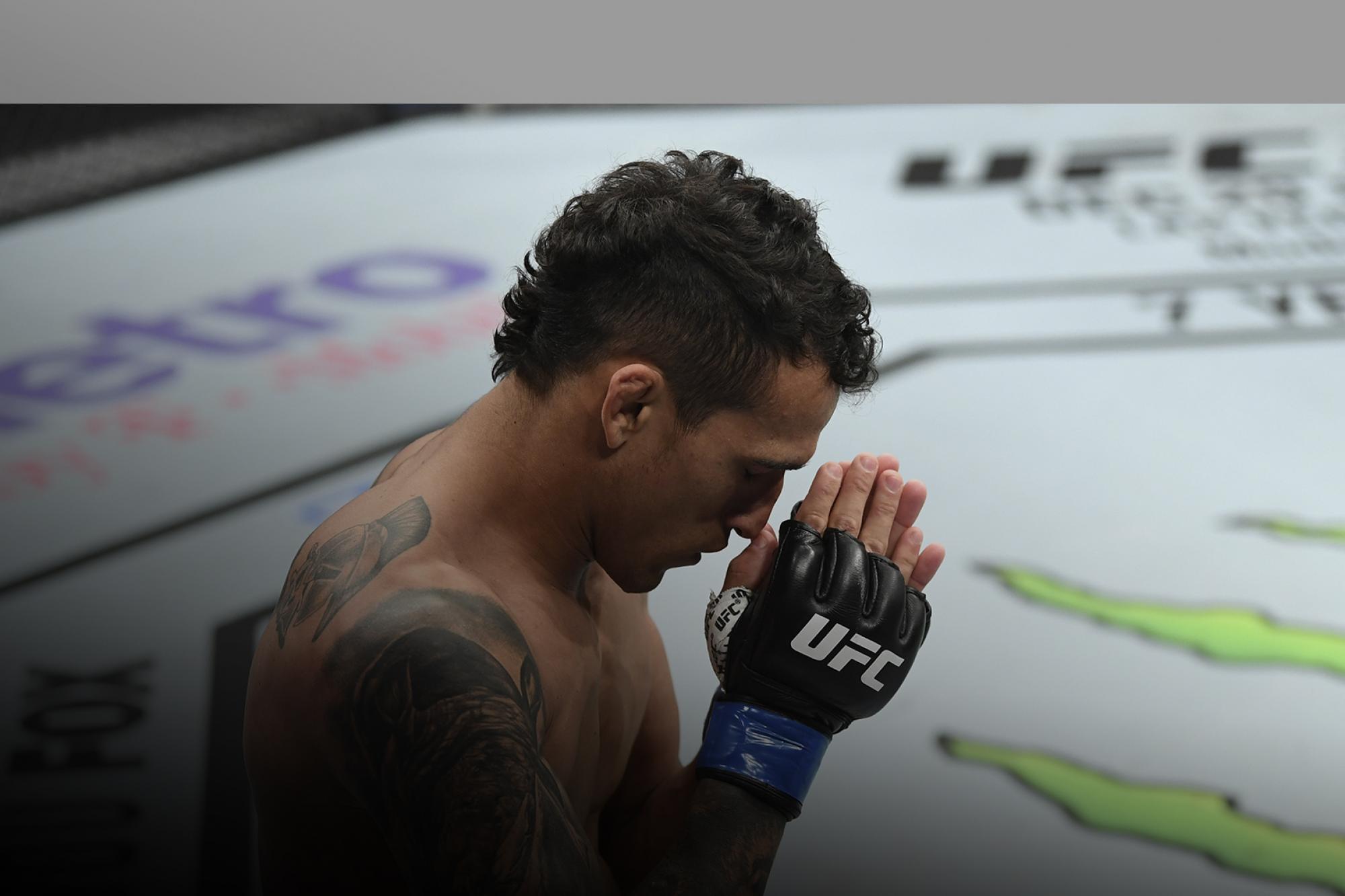 Charles Oliveira Is Focused On Climbing To The Top

Despite owning the record for most submission in UFC history, and being on a five fight winning streak, Brazil's Oliveira is eager to work his way to the top of the division.
By E. Spencer Kyte, on Twitter @SpencerKyte • Nov. 13, 2019

Charles Oliveira arrived in the UFC as a fresh-faced 20-year-old, a frenetic bundle of energy contained in a lightweight frame he hadn’t quite grown into yet.

His first fight against future featherweight stalwart Darren Elkins lasted all of 41 seconds and six weeks later, he climbed on Efrain Escudero’s back and submitted the Ultimate Fighter winner, announcing himself as one of the top prospects in the always-competitive155-pound weight class. He was tagged as a future championship contender and hustled into a main card matchup against Top 10 fixture Jim Miller at UFC 124 in Montreal, a bout designed to determine if the gangly Brazilian was an unstoppable prodigy or another talented fighter still in need of some seasoning.

Miller submitted Oliveira two minutes into the bout, bouncing him from the ranks of the unbeaten in the process and kicking off a three-fight run where the Brazilian would go without a victory before decamping for an inconsistent five-year run at featherweight.

“Everything happened the way it should have happened,” Oliveira said on Tuesday through a translator, reflecting on his career inside the UFC cage as he readies to start his second decade on the roster when he takes on Jared Gordon on Saturday night in Sao Paulo. “I lost to some big names, former champions and fighters that became champions after, but everything that happened was part of my journey.

“I had my ups and downs,” added Oliveira, who carries a 15-8, 1 NC UFC record into his main card showdown with Gordon. “I accepted some fights that now I don’t think I should have, but I see myself in the best moment of my career right now and I’m ready for everything.” 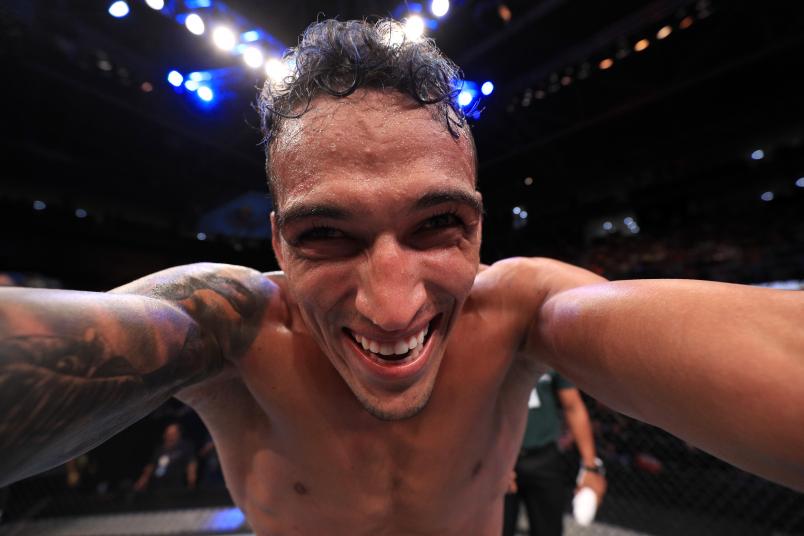 The now 30-year-old is, in fact, in the midst of the best run of his UFC career and finally looking like the ultra-dangerous championship contender many envisioned him becoming when he burst on the scene in the summer of 2010.

In the three years since Oliveira has returned to the lightweight ranks, the dangerous Sao Paulo native has gone 6-1, breaking Royce Gracie’s record for the most submission finishes in UFC history with his victory over Christos Giagos and adding to his total with subsequent submission wins over Miller and David Teymur.

Heading into Saturday’s bout against Gordon, Oliveira has won five straight, all by stoppage, to climb to No. 13 in the rankings, but it’s the one loss since his return — and a major event outside of the cage — that the streaking contender points to as the catalysts for his impressive run of success inside the Octagon.

“My daughter was born two years ago and that changed my life completely,” said Oliveira, who has only lost once since she was born. “Also, after my loss to Paul Felder, my team and I sat down and said, ‘We need to change a few things.’ We figured out where I could improve, fixed things and that’s when everything clicked.”

“Clicked” is a good way to describe it too, as it’s not like Oliveira looks like a drastically different fighter inside the cage now than he did in previous years, though there is something clearly different about the way he carries himself and operates once the fight begins.

Stylistically and structurally, he’s the same fighter he’s always been — a tall, rangy striker with good power and an array of weapons at his disposal and a clear eagerness to engage — but he’s making smarter, more tactical choices and it’s paying considerable dividends. Where he used to take considerable risks and deal with the consequences, good or bad, he’s being more patient and letting opportunities come to him.

The ability to create chances to finish is as abundant as ever and Oliveira is even more efficient when it comes to making use of them. All six of his wins since returning to the lightweight division have been finishes and the last time he had his hand raised without securing a stoppage was nearly five years ago.

And the fact that he’s etched his name in the UFC record books clearly means something to the streaking Brazilian finisher. 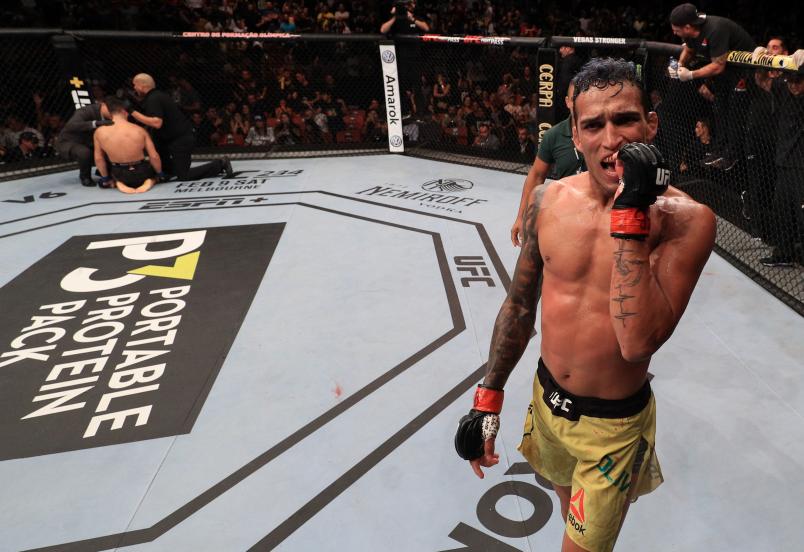 “I have a lot of good things going on in my life and I’m really proud of everything that has happened.”

Having worked his way into the Top 15 and won five consecutive bouts, this pairing with Gordon is one that caught many in the MMA community off guard when it was first announced. Yet with everyone ahead of him in the rankings either booked into bouts against other ranked competitors or destined to face another fighter with a number beside their name,

Oliveira was quick to sign on the dotted line.

“I wanted to fight and I was ready to fight anybody the UFC offered me,” he said, when asked his reaction to being offered a bout against Gordon, who defeated Dan Moret by unanimous decision in June to bring his record to 3-2 inside the Octagon. "I would have accepted any name the UFC offered me. 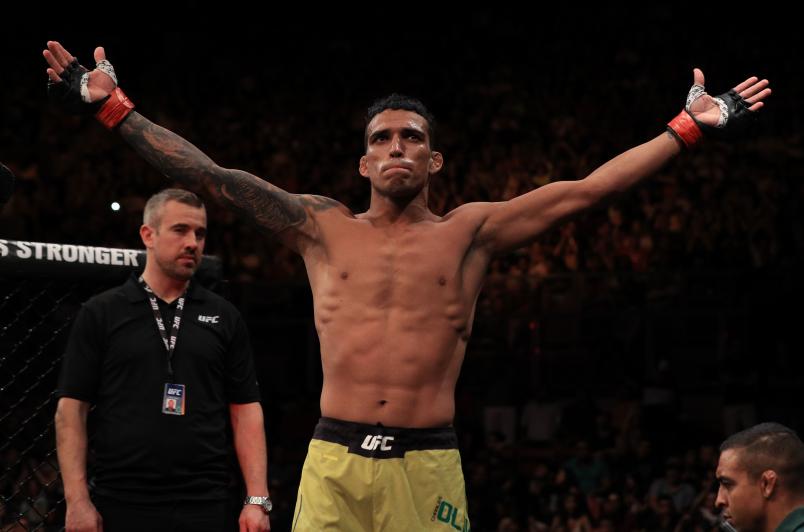 “He’s a tough guy,” he continued, offering his assessment of Gordon and how he sees the fight playing out. “He moves forward, has some good takedowns, and takes a lot of punches.

“It’s going to be a big war on Saturday, but I’m going to do what I always do: show that I’m a better fighter standing up and put on a great show again for the Sao Paulo crowd.”

And if everything goes according to plan, he’d like to squeeze one more fight in before the year is out so that he can spend all of 2020 focused on chasing down the UFC lightweight title.

“I want to beat this guy on Saturday and hopefully it won’t last long so I can get another fight this year,” he said, “because next year, I want to focus on the belt.”

It may have taken longer than everyone expected, but that’s one of the benefits of reaching the biggest stage in the sport at the tender age of 20 — you get a decade to make mistakes, figure some things out and start living up to the lofty expectations that greeted you upon arrival while still being in the midst of your athletic prime.

Ten years after bursting on to the scene like he was shot out of a cannon, Oliveira is starting to show those championship forecasts weren’t wrong — they were just a little premature.