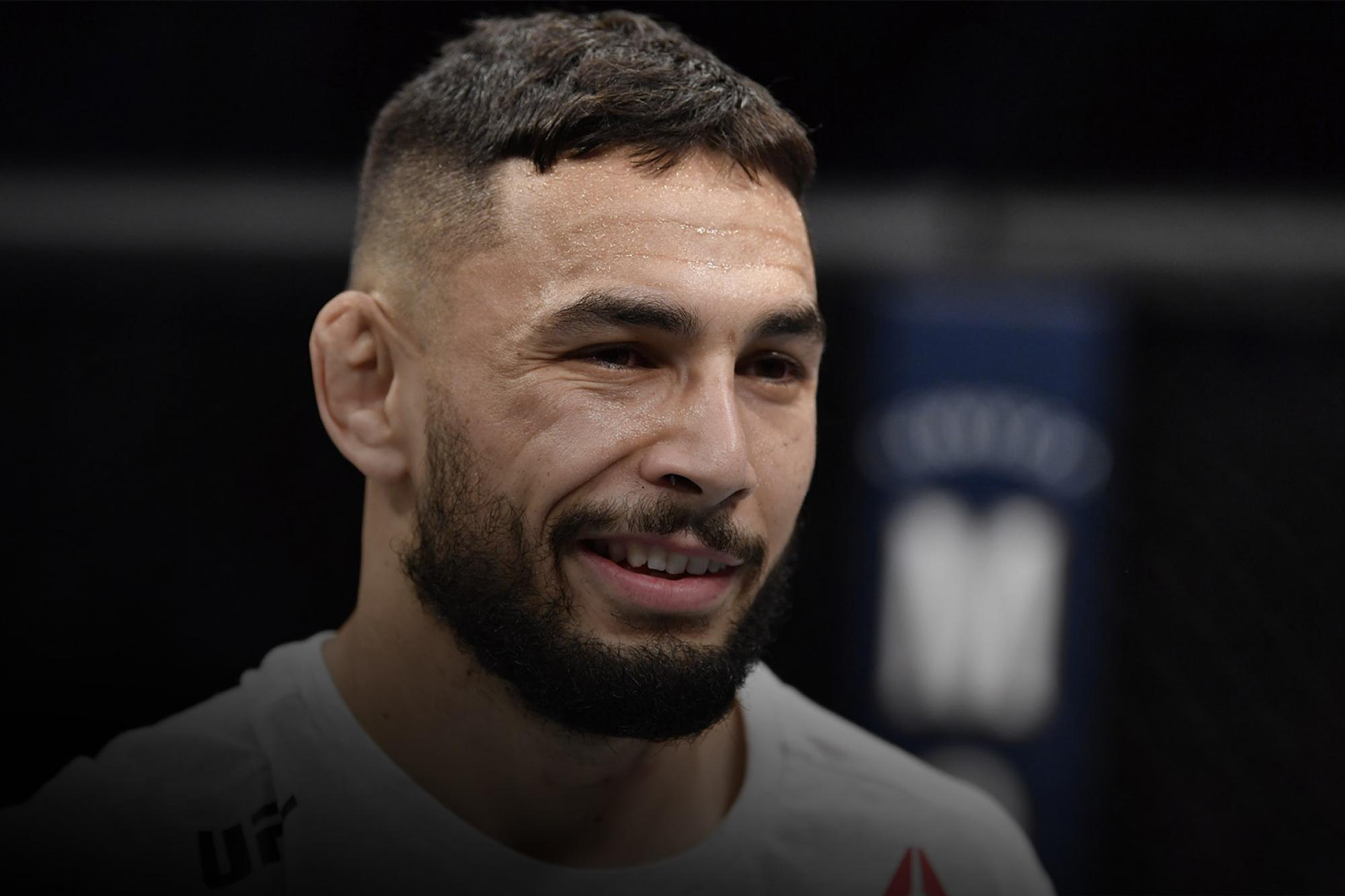 Alex Perez Is Planning To Fight

Alex Perez knows these are uncertain times. But he's preparing as usual for his May 16th bout against Kai Kara-France in San Diego.
By Thomas Gerbasi, on Twitter: @TGerbasi • Mar. 21, 2020

Alex Perez doesn’t ask for much. So a week away from beginning his move down to 125 pounds for his May 16 bout against Kai Kara-France, he wanted to treat himself.

These are tough times for everyone, especially for a prizefighter about to get into camp and begin dieting. But all joking aside, Perez is living as if he is going to travel to San Diego and get into a fistfight with Kara-France in May, as scheduled.

“I tell people I don't get paid to sit on the couch,” he said. “I get paid to fight. I've got a fight on May 16th as of right now and, God willing, everything clears up by then, and if it doesn't, then it doesn't happen. But I'd rather be ready for the occasion than not be ready. I've got a treadmill and a little gym in my house, I can shadowbox and work out here and I'm gonna stay ready. I want to fight.”

He even threw his name in the hat if he’s needed for a short notice return on the UFC 249 card still on the schedule for next month. 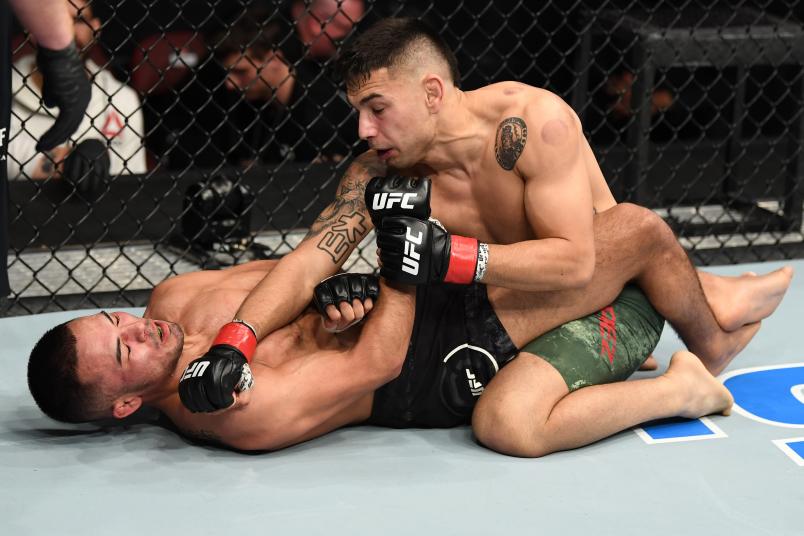 “I'm down,” he laughed, then added, “I'm trying to stay as focused as possible, trying to control everything that I can control.”

So as the Coronavirus situation takes so many things out of our control, Perez is working out at home, spending time with his family and working on the mental side of the game, which includes taking a long, hard look at the 125-pound weight class and his place in it. At the moment, he’s sitting pretty at the number nine spot in the rankings, having won two in a row and 10 of his last 11.

The lone blemish, a November 2018 loss to Joseph Benavidez that he can’t wait to get back.

“I tell people I'm gonna call Benavidez out after I win every fight,” said Perez. “I do my job, eventually I get my rematch, and I will get my rematch before he retires.”

Suffice to say, Perez doesn’t believe Benavidez should get a second shot at the vacant title against the man who just stopped him, Deiveson Figueiredo.

“Honestly, I feel Joe shouldn't get a rematch,” Perez said. “Yeah, he's blaming the headbutt (for the stoppage), but he caused the headbutt. When I fought him, he headbutted me, and I'm super upset. How come I don't get a rematch? So I feel like Benavidez shouldn't fight for the title. He lost and he made an amateur mistake. He checked his head when he was bleeding and he left his hand down and got caught with that right hand.”

So who should get the next shot at the crown left vacant last month because Figueiredo missed weight for the Benavidez bout?

“I feel like (Alexandre) Pantoja might be the number one contender right now and Pantoja's lost to Figueiredo, but then beat (Brandon) Moreno.” 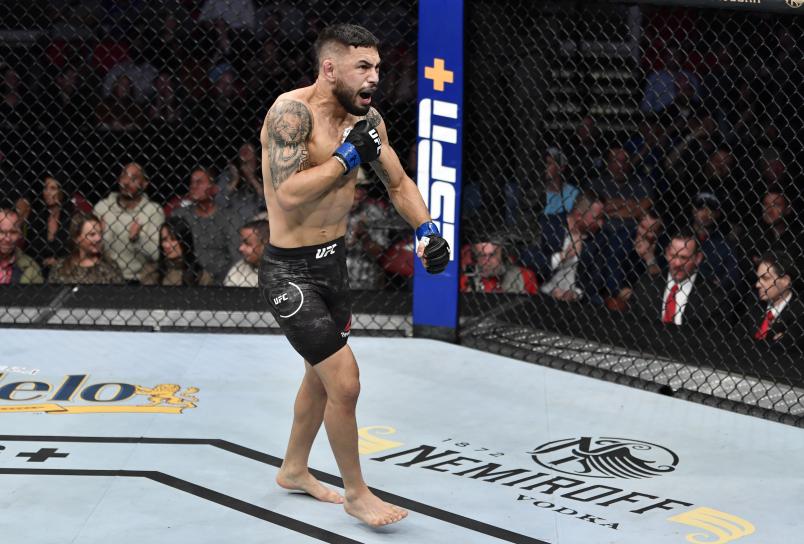 “Yeah, I'm playing a little MMA math,” he laughs. He does have a point, though, because there are any number of scenarios that could lead to a new champion being crowned at 125 pounds. And while the 28-year-old Perez knows that he’s not next, by the end of the year that could change.

“I'm just doing my part, and my part is to win fights, and eventually they can't deny me,” he said. “My path to the title is to win one fight at a time, but let's say I win this fight against Kara-France and put another one or two more wins together, then I'm right in the hunt. I could be fighting a Brandon Moreno, a Pantoja, a Jussier Formiga. I could be right in the mix for a title shot. And it's about the exciting fights that you put on.”

Perez has been doing just that, finishing three of his five UFC wins, which isn’t bad for a guy who used to be nicknamed “The Decision.” But the Lemoore, California product is well aware that the more finishes and exciting fights he can produce, the more the fans will get behind him and propel him into the spotlight. And once he’s there, he’s confident that he will deliver.

Yet for now, he’s training for a fight that he’s confident will happen, calm in the eye of a worldwide storm.

“Being a wrestler, a coach and a fighter, it helps you when you're going through crazy times,” Perez said. “You have to think on your feet, and panicking and getting crazy is the wrong thing to do. You've got to find the positives in what's going on.”

For more information and updates, sign up for the UFC Newsletter here.